HomeBlogValencia University participates in the... 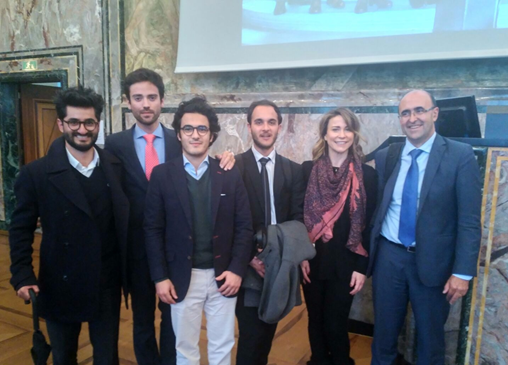 The University of Valencia has participated for the first time in the academic year 2015/2016!!!

Every year three selected students in Tax Law of the University of Valencia will have the great opportunity to participate in the EUCOTAX program. The selection process will be open in September of each year to assess the candidate’s interest in tax matters, their academic record and communications skills in English.
For more information, please contact with Prof. Dr. Francisco Alfredo García Prats (alfredo.garcia@uv.es).
Our first experience…
In the academic year 2015/16, the EUCOTAX conference was held in Vienna from April 14th to 21st, 2016. The general subject was “Potential Impact of BEPS on Tax Systems”. Prof. Dr. Francisco Alfredo García Prats and his academic team, formed by the PhD Candidates Slavka Dimitrova Slavcheva and Leopoldo Parada, supported and supervised our students Teresa Cifre Blasco (Transfer Pricing in a post-BEPS world), Guillermo López Martín (Procedural aspects in a post-BEPS world), María Jesús Gimeno González